Public Service Broadcasting Day was observed in the Forecourt of Broadcasting House on 12th November, 2012   Member Personnel  of the Prasar Bharti Board,  Brigadier (Retd.) V.A.M. Hussain dedicated revamped FM GOLD and FM Rainbow, Premier FM channels of All India Radio to the discerning listeners in a new AVTAR. 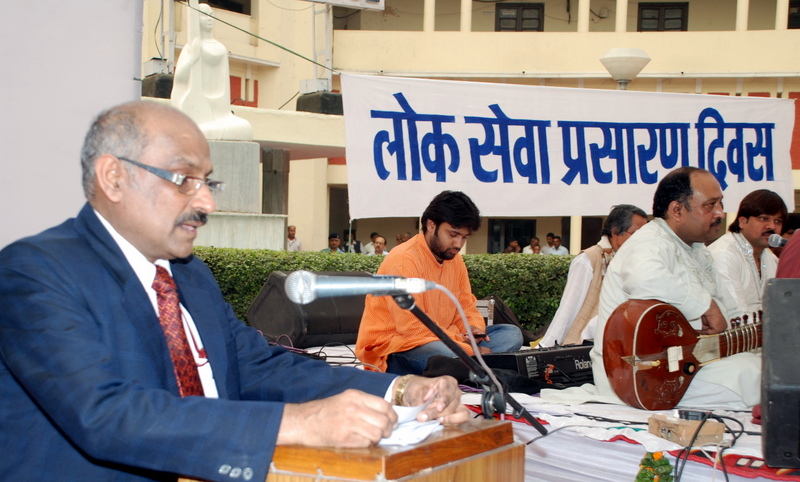 This Day is observed to remember that historic day when the Father of the Nation Mahatama Gandhi visited Delhi Station of All India Radio for the first and only time to record a Message for the grief-stricken refugees, in the aftermath of the Partition. To commemorate Mahatma’s visit to AIR Delhi, every year on November 12, a Function is organized in the forecourt of Broadcasting House at 3.00 pm.

The Function had Vadya Vrinda Orchestral Compositions on Gandhian themes and also had Patriotic Songs, Bhajans and Ram Dhun by AIR Choral Group that were dear to Gandhi ji. 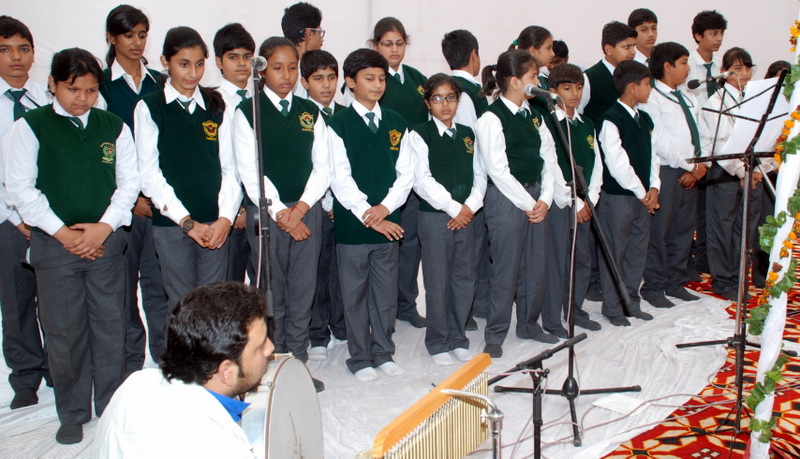 In the new Avatar, both FM Gold Channel and FM Rainbow Channel have come up with several interesting new Shows  i.e., GALI GALI GOLD based on the historic by lanes of Old Delhi, RUPEHLEY PARDEY KE SUNEHRE SAU SAAL, celebrating the 100 Golden years of Indian Cinema have been introduced on FM Gold. Apart from these Celebrities/Media Personalities  will present newly designed Shows ‘GA MERE MAN GA’ and ‘GATA JAYE BANJARA’ as Guest RJs.   In addition to this, Voices of Prominent Personalities of Freedom Struggle and other National Icons like Mahatama Gandhi, Pt. Nehru and Maulana Abdul Kalam Azad may be listened in a newly designed Series named EK VICHAR EK ROSHNI .
FM Rainbow has also introduced several new Shows like CHHOTE USTAD which will introduce young Talent.  This Channel is very popular among young people.

Posted by akashvanisamvaad at 14:07 No comments: