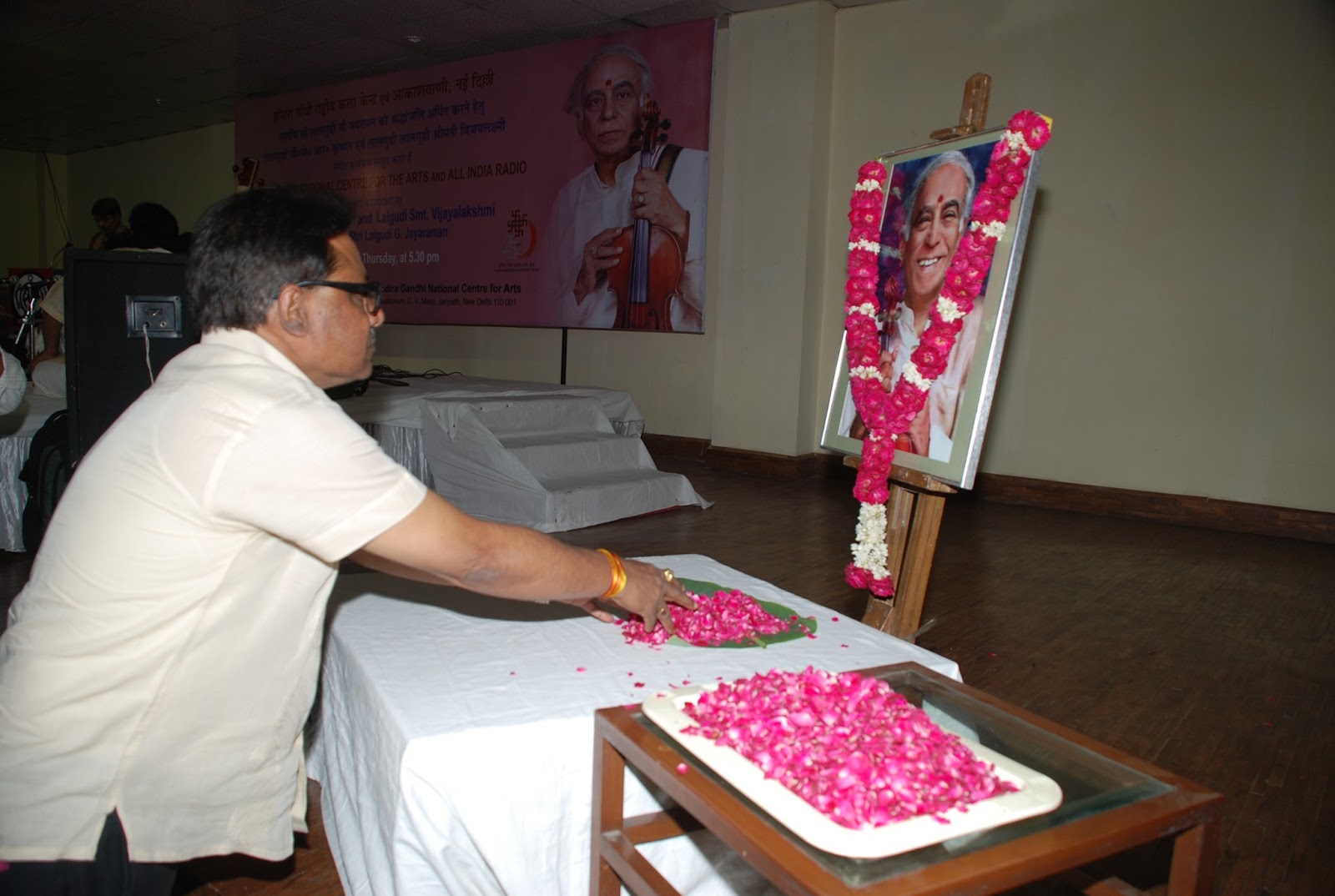 After floral tributes by Shri Chinmay Garekhan, President IGCA, Shri Leeladhar Mandloi, DG:AIR and other dignitaries present there, it was a musical homeage on the violin by Lalgudi GJR Krishnan and Lalgudi Smt. Vijayalakshmi (son and daughter and desciples of the maestro) who presented choicest of compositions both popularised by their mentor as well as marvellous creations of the maestro. They were accompanied on the Mridangam by Thiruvaroor Bhaktavatsalam and on the Ghatam by Tripoonitura Radhakrishnan who provided excellent support. 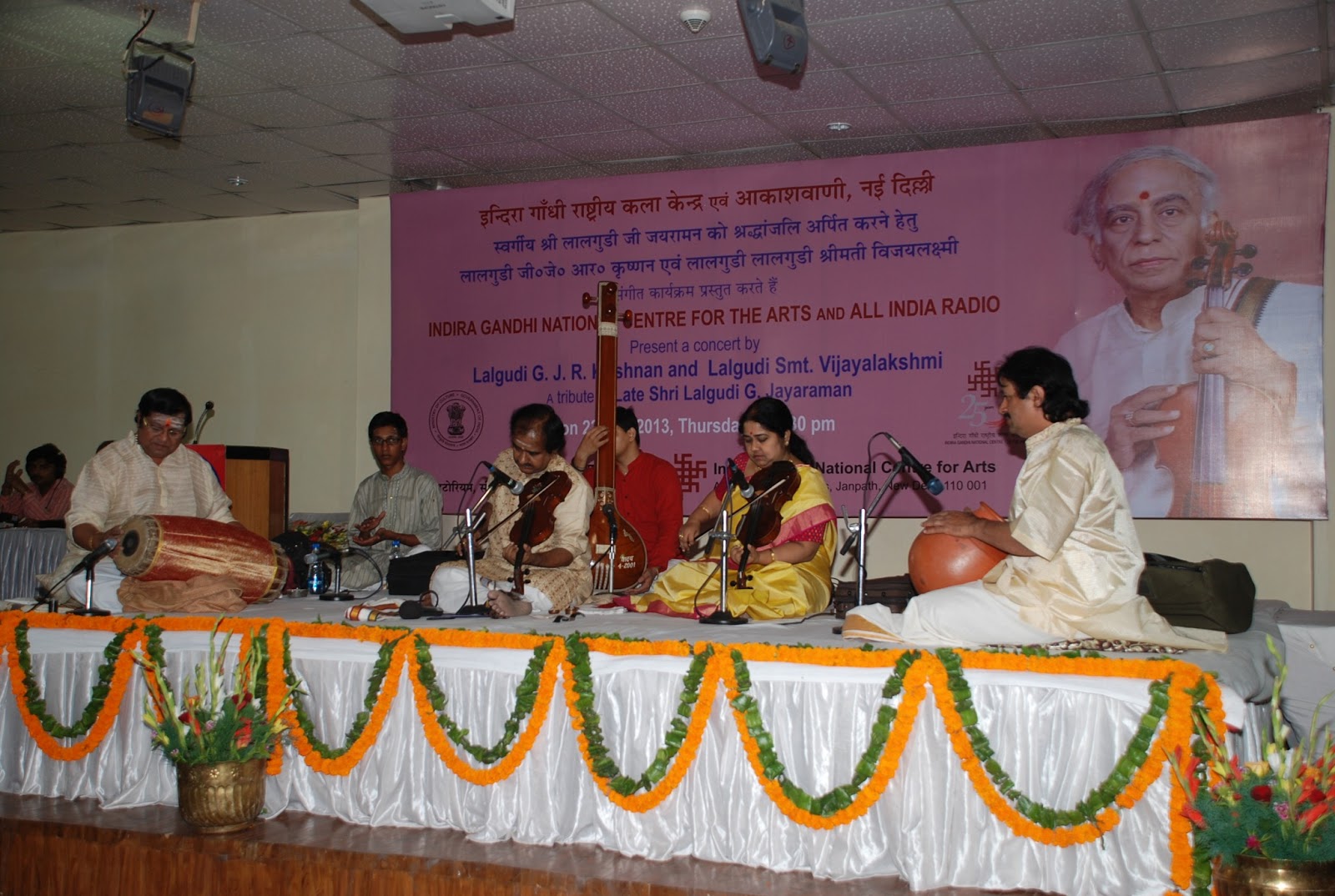 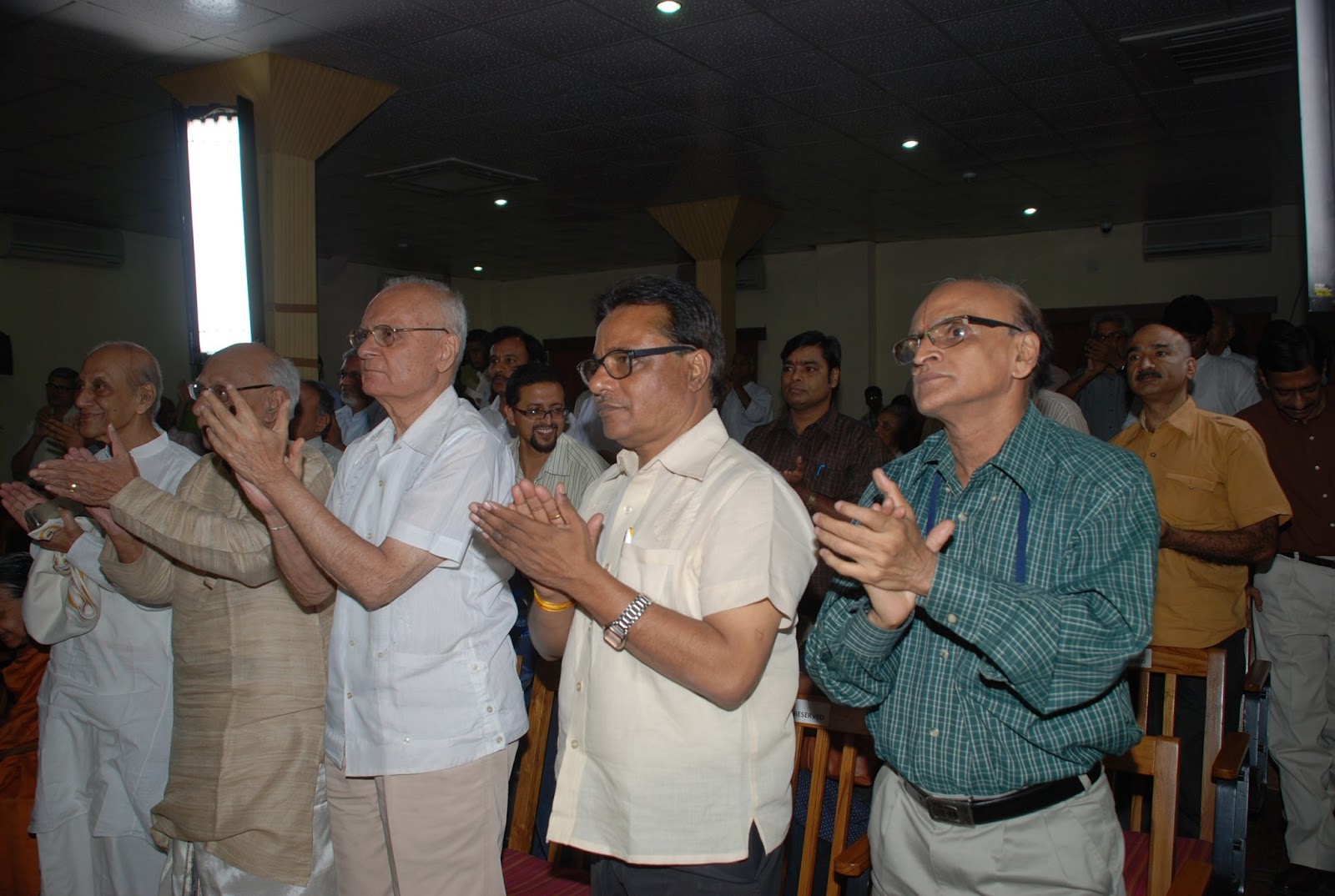 The nearly two hours concert began with the varnam composed by the maestro in the Raag Devgandhari in Adi Tala. Then came a few compositions of Tyagraja presented with rich improvisation, prestine classical purity and soaked in melody. The main item was a Lalgudi pancharatam of Tyagraja in the Raag Todi set to Adi Tala followed by Tani Avartanam played on Mridangam and Ghatam by Thiruvaroor Bhaktavatsalam and by Tripoonitura Radhakrishnan respectively. The concert concluded with a composition of poet Subramania Bharti tuned by the maestro and Tilana in raag Tilang composed by the maestro.


It was indeed a fitting tribute to the maestro with the elite audience leaving the auditorium in a blissful state and as highly satisfied music lovers.
Posted by akashvanisamvaad at 16:05