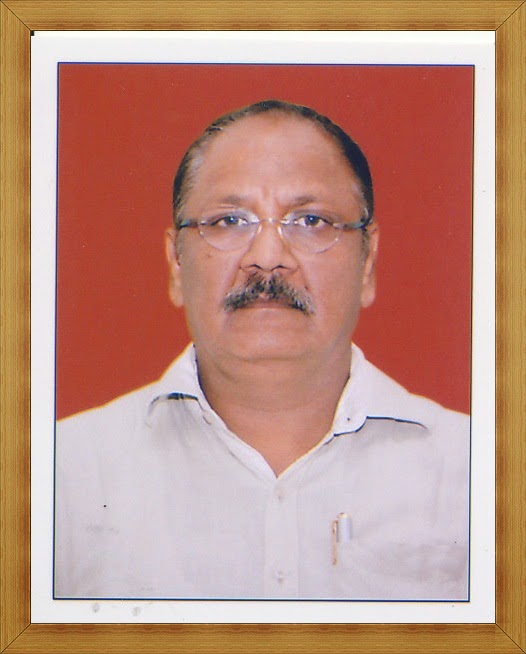 Sh.Amitabh Shukla, IRS holding the rank of Commissioner of Income Tax, has joined Prasar Bharati as Addtitional Director General (P) ,on deputation , wef 21.5.2014. He is leading the Commercial  and the External Services Division under  DG AIR.

Sh. Amitabh Shukla’s success story reads like a fairy tale. After completing  his Bachelor of Arts, he enrolled for Master of Arts (History). Meanwhile he got  a job as a Medical Representative in a reputed pharmaceutical company of UP. He did not have any experience or qualifications for being a MR, but in two years rose to become Area Sales Manager of Uttar Pardesh, overseeing  one third of UP, which incidentally is equivalent  to Brazil, fifth most populous country in the world. In his hallmark humility he credits his success not to his brilliance but to effective communication skills and networking. To cap it all he completed his MA  with flying colours while still on the job.

All achievers have one thing in common and that is they never rest on their laurels. Sh.Shukla is no exception, not content with his superlative success, he decided to reinvent himself and appeared for Indian Civil Services Examination, the dream destination  of all meritorious indian students. He qualified for the elite Indian Revenue Service  of which he was Income Tax Commissioner till he joined AIR on deputation.

His success story did not end here and he continued his studies and did MBA from United Kingdom, two more M.As and is currently finishing his LLB. He replicated the earlier success in the private sector in his government service too.

He has more than 23 years of exposure to the working of Income Tax Department at Delhi, Mumbai and Chandigarh and Ahmedabad in varied intricacies of Direct Tax  Administration comprising Audit and monitoring of Tax Revenue collections from Corporates, Individuals and other categories of tax payers. In addition, has been involved with  a variety of extremely sensitive Search and Seizure actions including those against Socially and Politically important personalities of the country. The assignments with  the search and seizure wing gave him an opportunity not only to understand and apply provisions of the Direct Taxes Act so as to unearth undisclosed income and assets, but was also an experience of working in synergy with other national premium investigation agencies like Central Bureau of Investigation, Enforcement Directorate, Narcotics Central Bureau, Criminal Investigation Department of Delhi etc.He is extremely  computer savvy and is a master and user  of all the latest computing programmes, softwares and other cutting edge technologies.

Among the innumerable, enviable accomplishments of his service career the following ones stand out :

iii)                   He was entrusted  with the responsibility of managing a Regional Training Institute of the Income Tax Department at Chandigarh, catering to in service training needs, of jurisdictional trainee population located at Delhi and North West Region of India.  The experience had been most enriching as while conducting his business of designing and mounting training courses, not only has he learnt hither to unknown facts of the Indian Income Tax act but has also acquired valuable knowledge of other departments and agencies working under Government of India for containment of tax evasion and frauds like Central Bureau of Investigation, Securities Exchange Board of India, Reserve Bank of India, Commodities and Derivatives exchanges, Central Information Commission, Central Vigilance Commission  etc. Thus during the 3 years in RTI he has  inter alia learnt the benefits of inter departmental corporation and coordination for achievement of stated goals.

iv)                He has also worked as Commissioner of Income-tax (Appeals) at Ahmedabad, Gujarat, India where he was primarily performing the responsibility as an adjudicator on the assessment orders passed by field formations under his jurisdiction.  The work involved comprehensive understanding of not only the Direct Tax statute but also all accompanying statutes and legislations which have a bearing upon the Indian Income-tax Act.  The work also involved understanding and applying the issues in the light of decisions given by superior judicial authorities viz. the Supreme Court of India, several High Courts of the state as well as Income-tax Appellate Tribunals located in the country.    The challenge was to pass a judicious order after interpreting, understanding and applying the correct provisions of law as contemporaneously available.

Details of work as a Guest Faculty in Training Sector

He has been keenly involved in not only acquisition of knowledge but also in its dissemination since he believes that learning is a continuous process.  Thus, he has  been taking lectures/sessions since 2004. Most of the time he has attended to topics on legal/Technical issues pertaining to Direct Tax Administration in the country. He has, however, also taken sessions on a subject very close to his heart that is Management and administration. His main areas of deliberations have been Communication, leadership, team building, motivation and Marketing. Marketing inspires him more as he has handled Pharmaceutical marketing prior to joining IT Department.    Some of the Institutes where he has regularly delivered lectures are  :-

He is a man of multi-facetted personality and has keen  interest in Sports and Games like badminton, Cricket, Lawn Tennis  etc.  He also indulges in  his favourite hobbies of listening to songs and music.