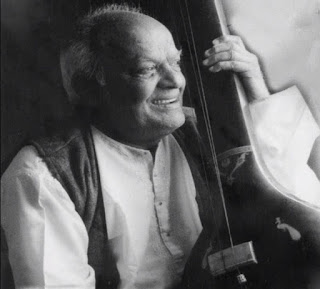 Born on 29th January 1920, fondly called Jeji maamayya or simply Rajinee, Sri Rajanikanta Rao began his career as a Programme Executive in All India Radio, Madras in 1941. He composed and conducted music for Vadyabrinda (a national orchestra), AIR-Delhi and Vadyabrinda, AIR-Madras. As the Programme Executive in AIR, Vijayawada, he originated 'Bhakti Ranjani' a devotional programme. He initiated and designed radio interactive programmes. Rajanikanta Rao became the Station Director of AIR-Ahmedabad, AIR-Vijayawada and retired as the Station Director of AIR-Bangalore (1976-78), completing 36 years in the broadcasting field, during which his works were greatly admired. He was made the Producer Emeritus of Akashvani in 1982. 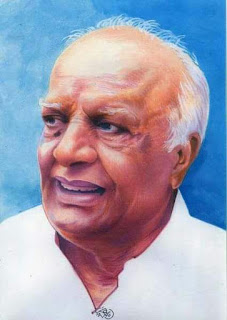 Since the age of twenty one, he wrote lyrics, composed songs and directed ballets.
He wrote and composed the first ever broadcast Telugu song in independent India (titled "Mroyimpu jayabheri") on the midnight of 15 August 1947, from AIR, Madras. Under the pseudonyms, Nalini and Taranath, he has composed many tunes for popular movies, which won him many accolades. His collection of children’s songs titled “Jeji mamayya paatalu” and their composition are a hit. 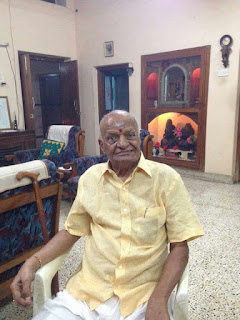 From 1988 to 1990, he worked as a visiting professor of the Telugu University, Rajahmundry. He then joined the Tirumala Tirupati Devasthanams (TTD) as a special officer of the Sri Venkateswara Kalapeetham and worked there for 4 years. He presented research papers on musicology in various conferences of Music Academy, Madras on subjects that include Kshetrayya's lyrics, Geeta Govinda, Ragas of Gandhara Grama, ancient scales of Indian music, etc.
Rajanikanta Rao made a name for himself with operas, which have been choreographed by famous dancers like Vempati Chinna Satyam and Shobha Naidu.
His literary work, 'Andhra Vaggeyakara Charitam' is regarded his magnum opus, which won him the Kendra Sahiyta Academy Award in 1961. It consists of biographies of lyricists and music composers along with a history and evolution of Andhra music and even now it is a guide for Music Scholars. Sri. Rajanikanta Rao was awarded an Honorary Doctorate by his alma mater Andhra University in 1980.
Sri B. Rajinikatha Rao spanned the world of music and literature with extra-ordinary zeal. The numerous titles such as Kalaratna, Kalaprapoorna, Naada Sudharnava, Pumbhaava Saraswati, Naveena Vaggeyakara conferred on him, are reflections of his versatility. He won several national and state level awards for his works. He is one among the few who received both Sangeet Natak Academy and Sahitya Academy awards. He also received Life time achievement awards from the AP state government as well as from other organisations.


The State Government announced that his funeral would be held with state honour today, 23rd April 2018. The mortal remains of the doyen were brought to the office of AIR, Vijayawada this morning around 10.40 am en route the funeral and the staff paid homage to him.