With more and more women in STEM breaking the shackles of constricting norms,
the world in general and India in particular appears to be a breeding ground for
women to break the glass ceiling. With the country's Prime Minister,
Narendra Modi and premier space agency, ISRO, putting their weights behind the
country's maiden attempt at putting "an Indian in space", Indian women are
contributing in bulk to realize this dream of 1.3 billion people. 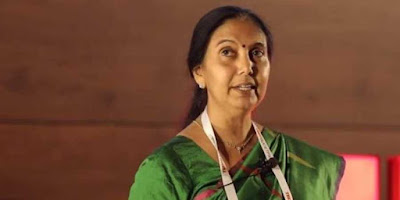 As ISRO's attempt, colloquially called the Gaganyaan Mission, attempts to take
a leap into the space, the women on the ground are realizing this dream. A major
name in this conversation is that of VR Lalithambika. Lalithambika has been appointed as the head of ISRO's Gaganyaan mission.
VR Lalithambika is the Director of the newly created Directorate of Human Space
Programme(DHSP). She was quoted saying that "the Directorate will work under
the guidance of the ISRO chairman and that all ISRO Centres will be involved in
the execution of the programme."
A 56-year old woman of aptitude, VR lalithambika was born in a "family of
Engineers" and was exposed to Science from her early childhood. In an interview
with ToI, she was quoted saying that her grandfather played a pivotal role in drawing
her towards Science. In the same Interview, she reminisced that owing to her
house's proximity to Thumba Rocket Testing Centre in Thiruvananthapuram, she
would watch rocket launches from her home. 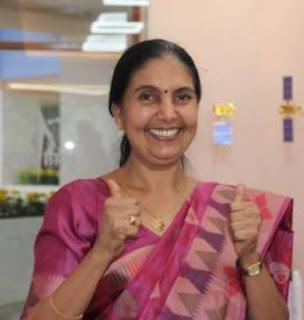 She enrolled for Engineering at the College of Engineering in Thiruvananthapuram
and passed with flying colours. She, subsequently, pursued her M.Tech in Control
Engineering and, then, joined Vikram Sarabhai Space Centre in 1988. She, also,
completed her Ph.D
Inspired by Marie Curie, She has an experience of over 3 decades in ISRO
and has worked as Deputy Director (Control, Guidance and Control Simulations)
at VSSC. She has worked as part of a team that optimizes fuel for launch vehicles
like PSLV, GSLV. She has worked on the development of of software for onboard
computers of various rockets as well as the design of many rockets.
Lalithambika has been honoured with Astronomical Society of India's Space Gold
Medal in 2001 and ISRO Performance Excellence Award in 2013.
With an exceptional record which includes being part of the team that undertook
the project of sending 104 satellites in to the space in one go, VR Lalithambika
has proved her mettle. Heading the "Human Space Programme," She has raised
the bar high and has made the country proud. Her hard-work and her perseverance
has made her an icon and a role-model for the people of this country and for the
generations to come.
Posted by akashvanisamvaad at 15:44