The world celebrates “World Population Day” on July 11 every year to raise awareness regarding population related issues. The day which celebrates its 29th year in 2018 was a result of efforts of many countries and the underlying human principles that form the crux of plan of action to contain population and to improve life for the living beings. This year’s theme is “Family Planning is a Human Right”.

Years ago, in Palais de Chaillot in Paris, France, representatives from round the globe gathered together to formulate a document which is now known as the “The Universal Declaration of Human Rights.” The document which has been translated in over 500 languages was revisited 19 years later in 1968. It was a part of Proclamation of Teheran (International Conference on Human Rights, Teheran). The conference was “declared open” by, the then, United Nations(UN) Secretary-General, U Thant in April of 22 in 1968. On May 13 of 1968, the document proclaimed, “Parents have a basic human right to determine freely and responsibly the number and the spacing of their children.” This is said to be the cornerstone for what is now called “World Population Day.” 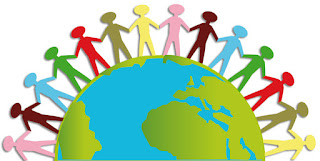 The observation of the day came into existence when the Governing Council of UNDP (United Nations Development Programme) recommended celebrating July 11 every year as “World Population Day.” The date was selected as a consequence of “Five Billion Day” celebrated on July 11, 1987 which is considered as the approximate date the population of the world crossed 5 billion.

This year’s theme is "Family Planning is a Human Right." The United Nations Population Fund (UNFPA) Executive Director , Natalia Kanem, said, on the occasion, that in developing regions,  some 214 million women still lack safe and effective family planning, for reasons ranging from lack of information or services, to lack of support from their partners or communities.

The day entails quarters like education, fertility, life expectancy and contraceptive prevalence rate. With diverse social tradition, India can be tough ground for implementation with agencies galvanizing and changing their strategy at every stage to drive optimum results.

As India inches closer to being the country with the largest population by 2024, the world should foster a common path of development and move towards the goal of making "Family Planning" a human right for all across the length and breadth of the world.