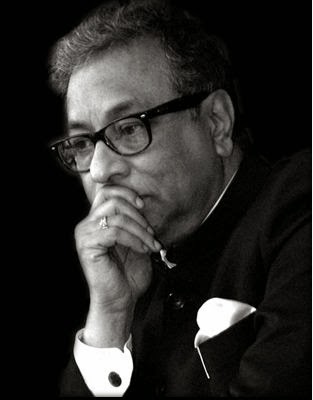 On Saturday, 323 years after Charnock first landed near Nimtala Ghat on August 24, 1690, a host of luminaries got together for some intense adda - Tea With Charnock - to dwell upon the heritage of the city. Call it a 'celebration' or simply an interactive session, all controversies were put to rest and one subject took the centre stage: Kolkata.

And if it was significant enough, 'Tea With Charnock' was organized at St John's Church, where Charnock was laid to rest. The church, now stands restored by Intach, is a testimony to the British trader's bonding with Kolkata. The sprawling premises on Council House Street was the focal point in 1990 when the KMC had celebrated the city's tercentenary. A high court ruling had ended the enthusiasm then, ruling that August 24 couldn't be Kolkata's birthday. The state has stopped commemorating the day since then.


"A city can't be born on a certain day. The day is important for us because it marked a new settlement here. Perhaps it was an accident when Charnock landed here on a hot, sticky day in August, 1690. What matters is that Kolkata has such a rich past and is rearing to celebrate many more centuries," said Prasar Bharati CEO Jawhar Sircar. In his speech, Sircar spun some fascinating tales around the historic, if not mythical, landing. Effortlessly, he seemed to have transported the audience to the 1670s, 1680s and 1690s, stopping only at 1757 when Robert Clive came in.


Taking the clock back to the life and times of Charnock, Sircar delineated how Kolkata got its different nooks and corners, or for that matter, its fort (Fort William), its bazaars - with a special reference to Baithakkhana bazaar, where the baniyas sat under the baniyan tree wearing loose clothing that later came to be known "banyans". Charnock had taken lease of Sutanuti and Nimtala or Mohantaghat from Sabarna Roy Chowdhury with the purpose of anchoring huge British vessels. After he leased the third village, Gobindapur, it was transformed to Fort William or the 'Gar'. "So we had the Maidan or the fields outside the 'Gar' and called it Gar-er Math," said Sircar. The audience listened in rapt attention.

Among those present on the occasion were Bishop Asok Biswas, entrepreneur Nayantara Roy Chowdhury and Intach convenor G M Kapur.

Sircar's breath-taking speech was followed by performances by Johnny Purty, St John's official organist who enthralled the audience with a pipe organ that ages back to 1830, and Anjum Katyal, who sang the "Ode to the City". Some rare paintings and lithographs - restored by Intach - were unveiled by the Bishop of Kolkata.