India at AIBD Helm for Next Two years

Some cheery news reached our shores from Sri Lanka on the evening of August 3. India had just been elected President of the Asia Pacific Institute for Broadcasting Development (AIBD). Representing India is none other than the Director General of All India Radio and a distinguished broadcaster,
Shri Fayyaz Sheheryar. 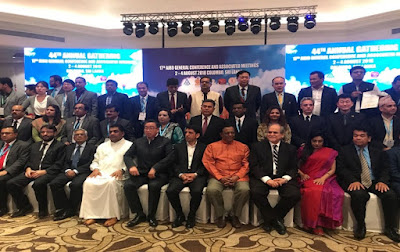 AIBD was in the midst of its 3-day 44 th Annual Gathering and 17 th General Conference plus Associated Meetings in Colombo.

We are happy to share that this is the first time this honour has come to India.

The elections saw Shri Sheheryar, then Chair of the Executive Board of AIBD, and representing India, pitted against Iran. The voting that took place on the side-lines of the 17th General Conference of AIBD in Colombo, also saw Sri Lanka being appointed as the Vice-Chair.

We learnt that Shri Sheheryar would take over from Dr Abbas Naseri Taheri of the Islamic Republic of Iran Broadcasting (IRIB), Iran for a period of two years. We are confident that India will chart a positive path for the broadcasting organization.

We are also hopeful that Shri Sheheryar’s vision and dynamism will help the country in leveraging itself as the broadcasting and media hub in Asia Pacific region.

It may be mentioned that the parent organisation of AIBD – the Asia Pacific Broadcasting Union (ABU) is also headed by an Indian – Supriya Sahu who is the Director General of Doordarshan.

The event at Colombo saw other India moments too with AIR's programme "Slum to Glory" sweeping the prestigious AIBD Awards 2018 in the category ‘Best Radio Programme on Diversity through Sports’. The programme was produced by Sharmila Goswami, Programme Executive at the National Channel of AIR.

The success of this event found mention in the report of AIBD during its 44th Annual Gathering with mandarins of the Institute and the participants lauding the manner in which the Summit was held in Delhi.

AIBD is a unique regional inter-governmental organisation servicing countries of the United Nations Economic and Social Commission for Asia and the Pacific (UN-ESCAP) in the field of electronic media development. It is mandated to achieve a vibrant and cohesive electronic media environment in the Asia-Pacific region through policy and resource development. 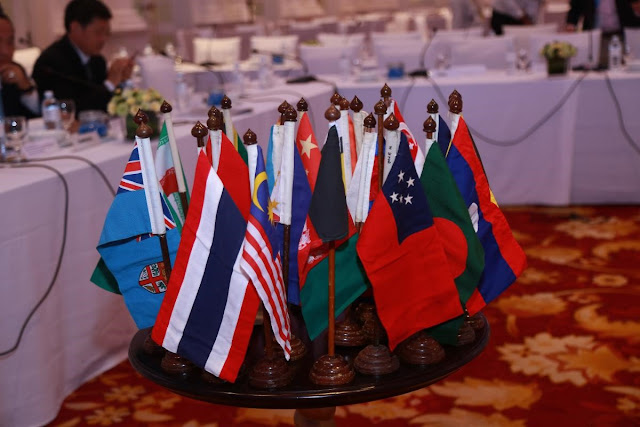 The Institute seeks to fulfil this mandate by mobilizing the intellectual and technological resources available within the national broadcasting organizations of its member countries as well as regional and international bodies through a well-established infrastructure and networking mechanism which includes government agencies, non-governmental organizations, institutions of higher learning, and the private sector and individual professionals.

AIBD is an organisation of 26 full-time member countries represented by 45 broadcasters, according to the organization's website. It was established in 1977 under the auspices of UNESCO.

It is located in the picturesque metropolis of Kuala Lumpur, the capital of Malaysia.
Posted by akashvanisamvaad at 12:36