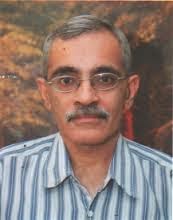 The media plays a critical role in providing an early warning system for people about impending disasters, and issuing positive reports that would help them face adversity, leading experts said at the three-day Asia Media Summit at the Jeddah Hilton on Wednesday.Moderating a session on the second day, Australia-based independent media consultant, Mike McCluskey, said journalists must help prepare communities before disaster strikes.“We need the media to keep the community’s morale high and to prepare them to be resilient in the face of tragedies,” he said in his opening remarks.Panelists included Alfonso Tomas Araullo of the Philippine’s ABS-CBN News; Hilmy Ahamed, chief executive officer of Sri Lanka’s Young Asia Television; and Jun Ogawa, director for international affairs at Tokyo Broadcasting System Holdings.Araullo recalled reporting about Typhoon Yulanda, Ahamed spoke about the devastation wreaked by the 2004 tsunami, and Ogawa focused on the earthquake that struck Japan.“Typhoon Yulanda was one of the most devastating calamities ever to hit the Philippines. It left 6,000 people dead. We learned a lot of lessons while covering the tragedy,” he said.“Effective communication remains a big challenge before disaster strikes,” he said. “We had early warnings but we were not able to communicate that to the people in an effective way.”Ahamed said the biggest tragedy for Sri Lankans was that they did not know what a tsunami was. “We were not prepared,” he said. “Since then early warning systems have been put in place, but disaster preparedness is minimal.”He reminded journalists that they are reporters, not social workers. “We have to act with great responsibility in times of disasters,” he said.Ahamed said the most important story happens the day after the disaster. “We need to keep the focus on the victims to make sure that their hopes remain alive. We need to be the voice of the people in times of crisis.”Ogawa said natural disasters often happen when people have forgotten about the last one. “Even if you do, most disasters occur without you being prepared. The earthquake that hit northeastern Japan on March 11, 2011, left 19,000 people dead.”He said radio played a big role in keeping the lines of communication open. “Mobile phones were useless because the relay station lost its power and the reception towers were gone,” he said. “The World Wide Web became a spider’s web. Television too was nothing but a box without power.”He said reporters must avoid emotional reporting. “You need to do factual reporting. You should be calm because your attitude or the reaction of the person on the screen will affect the people who are already in a state of panic.”At another session, Yasmine El Rafie, development manager of social media at Swedish Radio, spoke about ways to drive traffic to news websites. The panel included R.K. Budhraja of All India Radio and Kazi Akhtaruddin Ahmed of Bangladesh Radio, who outlined their successful foray into new media.Saudi media consultant Mamdoh Al-Rouhany was impressed with the presentations, and the lessons learned from the experiences of others. “It helps us understand how others are facing the challenge of new media,” he told Arab News.Anikur Rehman, producer at Pakistan Television (PTV), said the event provided important lessons on the direction of journalism in the world.The summit, hosted by the Ministry of Culture and Information and the General Commission for Audiovisual Media, brought together decision-makers, media professionals, scholars and stakeholders in news companies from Asia, the Pacific region, Africa, Europe, the Middle East and North America.
http://www.arabnews.com/news/567521
Posted by akashvanisamvaad at 23:27