Welcome ‪Digital India
‪           Akashvani Samvaad invites campus reports.
Selected ones will be offered a chance to be our live guest at the nearest‪ AIR station. 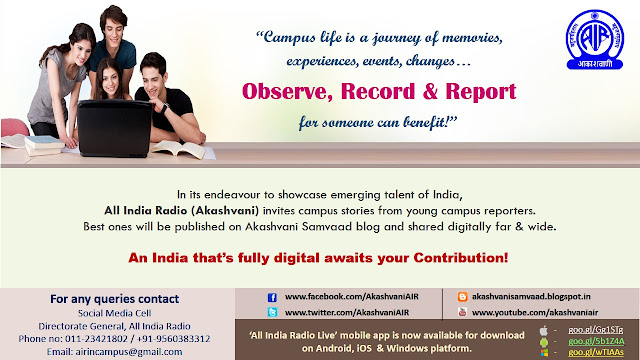 Posted by akashvanisamvaad at 15:49 No comments: 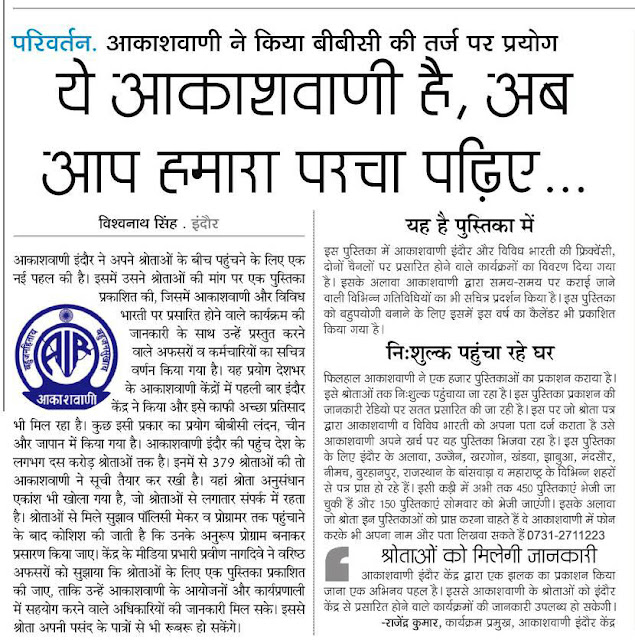 Posted by akashvanisamvaad at 12:54 No comments: 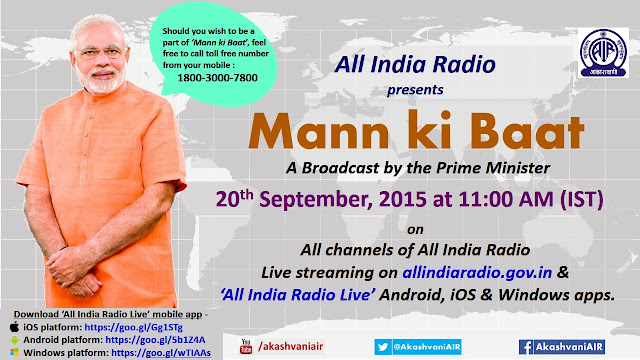 Posted by akashvanisamvaad at 13:07 No comments:

It was an evening which evoked emotions and musings from the days when Urdu Service was still a baby. Today half century later this service has magnitude of programmes in its coffer like News, News Commentary, Current Affairs, Music Plays, Features, Programmes for Children, Youth and more. The celebration of reaching this milestone had started with showing their journey so far and with promises to spread its reach.

Shri F. Sheheryar, DG, AIR said, “It has completed half century in the Indian Subcontinent and is beamed terrestrially and through internet for audiences across the globe. It gives pristine entertainment, focuses on sanctity of heritage and carries as well as transmits Indian point of view on contentious issues. It has its lovers in the areas that are catered by no private operator in India.” 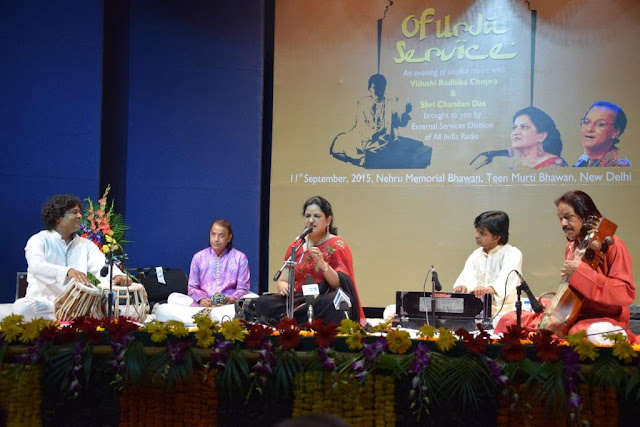 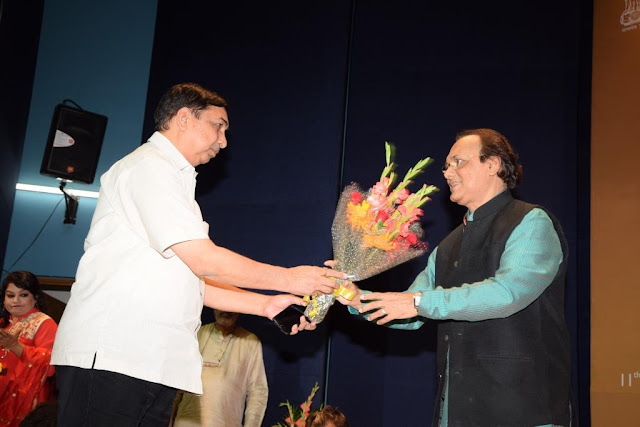 Posted by akashvanisamvaad at 18:39 No comments: 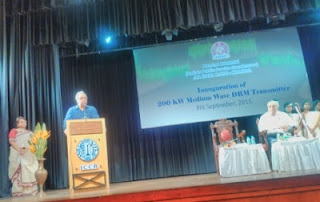 200 kW digital DRM transmitter for Kolkata Á'was inaugurated today by Shri Jawhar Sircar CEO Prasar Bharati. This solid state DRM transmitter has been installed in Kolkata in place of old analogue 200 kW MW transmitter which had served its useful life and became inefficient with shrinking coverage during last few years. This new transmitter will give excellent quality audio similar to FM in DRM mode with good coverage area. It is expected to cover entire South Bengal, whereas coverage in the northern side will be nearing the chicken neck. This transmitter will also cover a good part of Odisha, some part of Jharkhand and a substantial part of adjoining Bangladesh. Due to non-availability of DRM receiver at affordable price, this new transmitter will transmit audio in analog mode for the time being. However, the transmitter can be switched over to simulcast mode or pure DRM mode at any moment.

The old transmitter was valve-based, whereas the new transmitter is purely solid-state with higher efficiency, thereby resulting substantial savings on power supply bills. Further savings on electricity will result on running the transmitter on pure DRM mode.

"Look at the sky. We are not alone. The whole universe is friendly to us and conspires only to give the best to those who dream and work." - A. P. J. Abdul Kalam

A beautiful thought by the man who dreamt and worked on how to make the best of the space technology! He believed that India can achieve much bigger milestones if Space Technology is exploited for the betterment of humankind.
Believing this simple fact and in an attempt to be one up,  All India Radio, the Public Service Broadcaster of the country tries to bring in use whatever is latest in the broadcasting and communication industry.

In the year 1982, with Radio Networking (RN) System, AIR put its first young foot in the Space Technology through Satellites of ISRO (Indian Space Research Organisation). The broadcaster uses two satellites GSAT-10 and INSAT 3C, which made it influential and helped to reach even the remotest corner of the country.  Be it Port Blair or any other region, AIR has reach and capability to stay tuned to one and all in India.

The reliable and cost effective technology has opened plethora of avenues for AIR. It has helped in superior quality of relays, quick coverage of field/ outside broadcast. Infact it has become main stay for connecting various radio stations throughout the country to major broadcast centres.

The Broadcaster is making it most by incorporating this state-of-the-art technology for internal governance and for internal departmental communication purposes. AIRNET, is their system that has efficiently connected AIR Headquarters and Zonal Offices. It has a very critical role in the Internal Administration of All India Radio.

Director General of AIR has merged all systems of communications into one and now instantly gets connected with the field officers through in-conferencing mode enabled via Radio Networking.

The recent call by Hon’ble Prime Minister of India for maximizing usages of Space Science in Governance and Development has inspired All India Radio to use the tools of Space Technology in more efficient manner. He has declared that India’s Space Programme is driven by a vision of services to humanity.

All India Radio is playing an important role in realizing the vision of digital India as it works even when all modes of communication have failed. Recently, AIR showed an exemplary fete when it was able to get connected with flood ravaged Srinagar.

It has been realised that disaster management can be effectively handled with RN System and it becomes easy to reach and communicate with people in distress. Besides, endeavour is being taken to empower children in remote villages with quality education, upliftment of poor people by informing them about Government Welfare Schemes and educating them about health related issues.

All India Radio sees a lot of scope in the coming future and rests its hope in realizing the digital India dream at a great pace with well orchestrated use of Space Technology and its RN System.

Posted by akashvanisamvaad at 10:49 No comments: