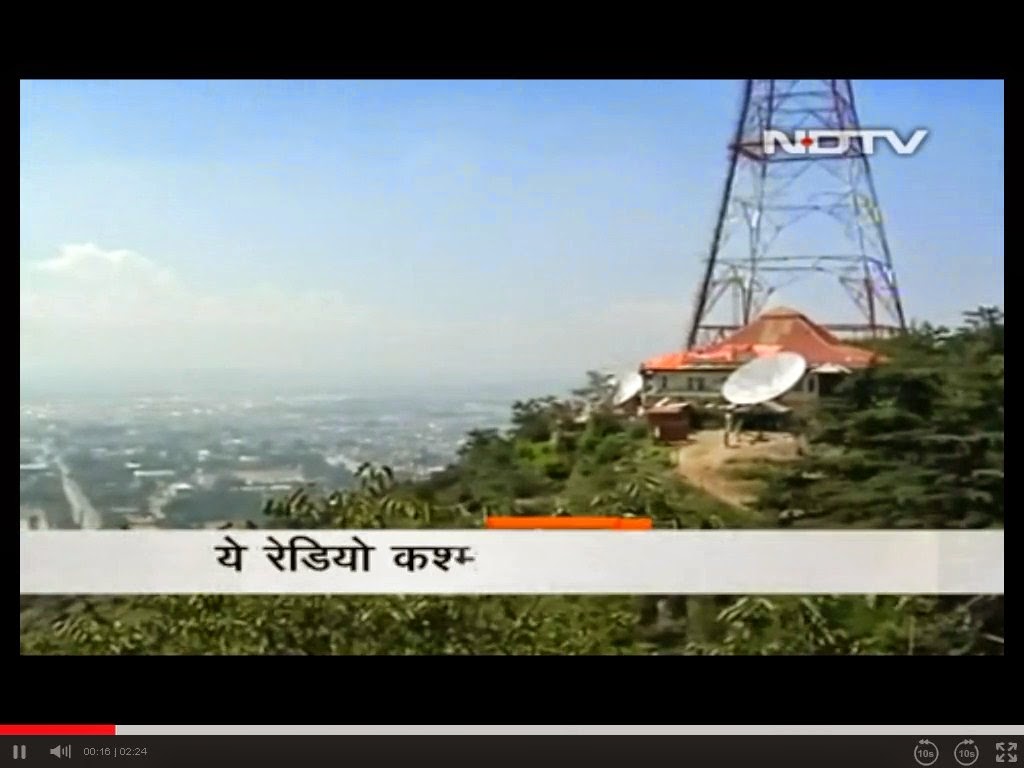 Nazeer Ahmad (55), a desperate father whose daughter went missing since September 7, changed boats and buses several times to reach Srinagar from cut-off south Kashmir's Anantnag district on Friday. His only hope to trace her daughter was trekking the peak of the Shankar Achrya hill, east of the city. 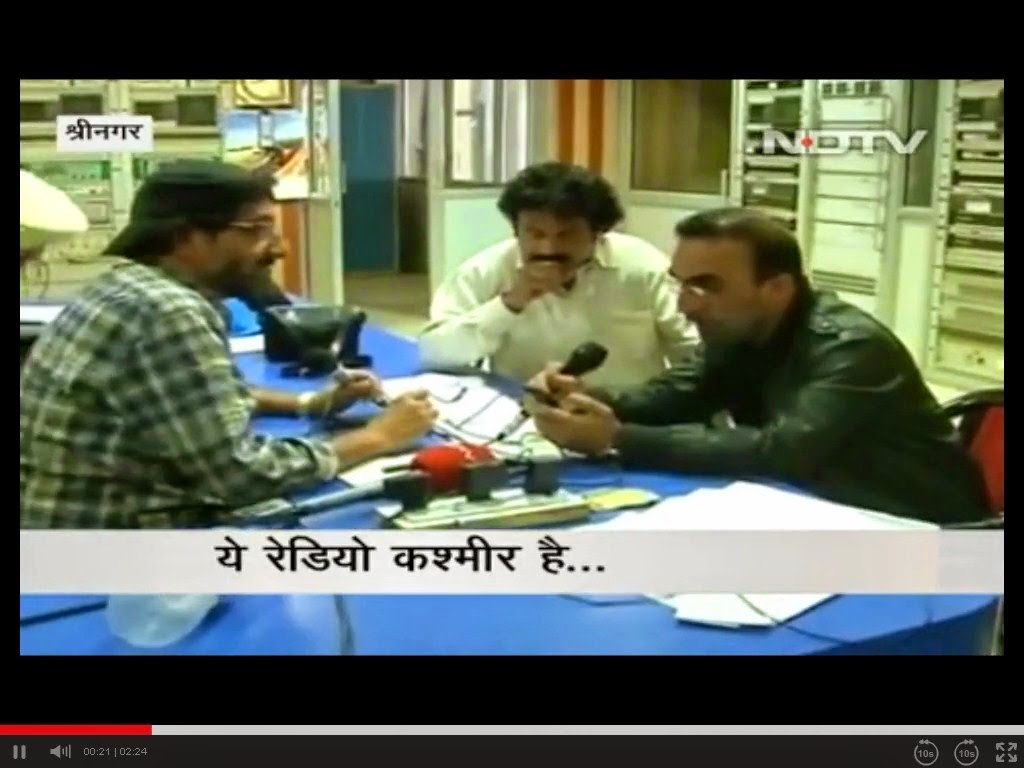 Perched at the height of 1,000 feet above the marooned Srinagar city, the small makeshift one-room recording centre of Radio Kashmir has emerged as a single window to unite hundreds of the flood-ravaged divided families and keep the population connected with whatever remained of the administration.
"On reaching Srinagar, I trekked the hill to pass on the message of my missing daughter who studies at Srinagar's Government Medical College. Last time we spoke was Sunday, the day water took over the premises of the college. Since then there was no clue: if they were evacuated or still stuck there or met any mishap," said Ahmad.
It took Ahmad six hours of arduous journey to reach to Srinagar from Anantnag, 53 km away, and hire boats to pass cut-off highway areas to locate the broadcasters of the Radio Kashmir rather than senior officials of the police or state administration in Srinagar.
The message was flashed by Radio Kashmir's broadcaster Talha Jehangeer. In just hours, Ahmad was brimming with mixed emotions when he came to know through a radio message that the principal of the college shifted around 150 students of the hostel to a seminary in north Kashmir's Ganderbal district, 30 km away from Srinagar.
"Radio Kashmir infused a new life in me and my family. My daughter is everything to me. The broadcasters one message helped me to meet my daughter again. I had a calm sleep later in the night after five days of relentless attempt to trace my daughter," said Ahmad.
Ahmad is among the thousands of people who kept the phones ringing and short message service inbox full of around six broadcasters running the Radio Kashmir amid the war waged by the Jhelum waters on Srinagar's radio and Doordarshan centres, which remain closed even after 12 days.
Broadcaster Jehangeer signed off on September 7 only when the whole staff rushed into the recording room warning of dangers as water rushed into the first floor of Radio Kashmir, situated next to Jhelum river. Later, technical staff was flown in from Delhi to run the station from the hill.
"Our colleagues, our families were equally calling us frantically to save them. One colleague Ishfaq Lone was stuck on the car top when water disallowed him to reach to the office. All families in Radio Kashmir Colony in Jawahar Nagar were as affected as anyone else but we continued to air people's hear-rending messages and call for help," said Jehangeer.
Though Radio Kashmir closed on Sunday last only to set up one-room station on the Shankar Acharya hill. "We have around 954 unread message still," said broadcasters Javeed Sofi and Shamshad Ahmad on Wednesday as they wrapped up morning session of airing people's message, seeking answers from administration and highlighting post-flood measures.
From connecting relatives, highlighting areas requiring rescue boats, food requirements for those stuck in mosques and post-flood situation --- Radio Kashmir ensured that hope lives through it and administration stays alive with it.
"We have aired all important announcements through this medium. I thank people for their praise worthy efforts to save people," said Srinagar deputy commissioner Farooq Shah.
At a time when internet was down, radio and television out of service, SMS and phone services knocked out, the Radio Kashmir proved only link even for stranded to stay alive and not panic.
"I used headphone to switch on Radio Kashmir on my mobile on Thursday, fifth day of my family stranding in the attic in Jawahar Nagar. The messages of rescue operation in my area, aired by the radio, kept me hopeful of surviving the catastrophe," said Muneer Ahmad, a bank employee.
From chief minister Omar Abdullah to ministers to state officials, Radio Kashmir has given rebirth to the stage administration that vanished into the thin air on the first three days of the crisis, starting September 7.
With all programmes suspended, only news and public messages are aired for around eight hours every day.
http://www.hindustantimes.com/punjab/jandk/radio-kashmir-keeps-hope-afloat-unites-divided-families/article1-1265082.aspx
Posted by akashvanisamvaad at 01:05