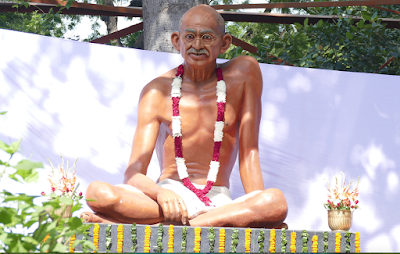 On the pious occasion of Mahatma Gandhi's 149th birth anniversary and the commencement of Bapu's 150th birth anniversary year-long commemoration, a solemn and graceful function was organised in the premises of Akashavani  Bhavan at Sansad Marg today morning. Shri F. Sheheryar, Director General, All India Radio and Shri Chandra Bhanu Singh Maurya, Engineer-in-Chief, All India Radio led the senior officers and other staff members in offering floral tributes at the feet of the newly installed magnificent 8 feet tall statue of Mahatma Gandhi in a sitting & contemplative posture. 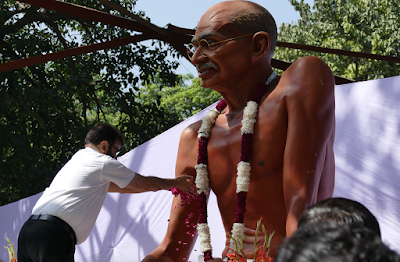 This was accompanied by playing of devotional compositions dear to Bapu such as 'Vaishnav Jan', 'Paayo Jee Maine' and 'Ramdhun'. These strains of immortal devotional music filled the air and suffused the whole atmosphere with piety and sublime emotions as well as reverence to the memory and ideals of Bapu. 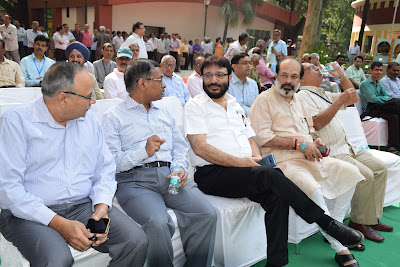 All India Radio's commemorative broadcasts have begun on national and state networks as well as by all stations locally and these will continue in Hindi, English and all the languages and many dialects employing various programme formats during the entire period of commemoration.
Posted by akashvanisamvaad at 13:23