On behalf of All India Radio, India’s Public Service Broadcaster, I, F. Sheheryar extend my heartiest greetings to each and every member of the Radio fraternity across the globe, this World Radio Day, 2019.

This year’s theme, i.e. ‘Dialogue, Tolerance and Peace’ is a powerful phrase in itself, with implicit and explicit implications that pertain not just to India or the Asia-Pacific region, but to the entire world.  Understood in a deeper sense in letter and spirit, the term is a panacea for a world which seems to be ailing in certain key areas of human dignity and cohesion, more so for the last few decades.  India’s age old approach has been proactively proclaiming the essence of ‘Dialogue, Tolerance and Peace’ through tenets such as ‘Vasudhaiva Kutumbakam’ and through the teachings of Ramanujacharya, Kabir and Guru Nanak; in recent times of Mahatama Gandhi, whose 150th birth anniversary year is being observed worldwide.

The Radio sector, particularly Public Service Broadcasting finds itself in a flux today for a flurry of reasons … a major one being a transition in public psyche in terms of the ability to assess psycho-social impact.  Coupled with the glossy media’s overarching inclination towards the basal and the banal, lucratively so, this has gravitated general public tastes away from human substance, towards a glitter, most don’t even understand as a mirage.  This has led to the vicious cycle of an ever widening gap between informed awareness and consumption patterns.

World Radio Day celebrates technological achievements in the Radio sector, but at the same time it is a grim reminder that more needs to be done expeditiously for the benefit of the common human being and his basic needs, to begin with.  And this is where Public Service Broadcasters step in.  SDGs such as alleviation of poverty, health and wellbeing, quality education and gender equality, the basic pillars of the theme ‘Dialogue, Tolerance &  Peace’ are not marketing money-spinners and naturally will never be of much interest in Board rooms where profit charts are the sole raison d'être.  It is only the altruistic Public Service Broadcaster, of course, with adequate help from the respective government that can creatively intervene with its programming content.

All India Radio has had a long history of inclusive catering much on the lines of the coverage areas of SDGs.  Here, innovations in programming styles and techniques go hand in hand with preserving time-tested traditional broadcasting formats, just to ensure that the ‘not-so-smart’ ones are not left out mercilessly.  Besides poverty alleviation schemes of the government, individual and institutional attempts at the same are given due weightage in programming.  Public health and wellbeing have always been accorded top priority on the airwaves in a number of languages and dialects to enable access to the bottom of the pyramid.  AIR with its array of diverse programming and formats, is in itself an attempt by default at imparting quality education free of cost.  And there is definitely huge scope in furthering the cause of formal quality education on air, of course with much required support from the right quarters.

Similarly, spreading the message of gender equality and its impact on society has been a major thrust area for All India Radio, throughout its history.

This world Radio Day is a wonderful opportunity to join hands in introspecting if the world could be made a better place, and not just for a few.  There couldn’t have been a better opportunity to set the tone for the advent of Ritu Basant, the season of spring.  Once again, season’s greetings to all of you. 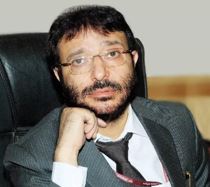