"Change Starts With Us" : Eric Paul 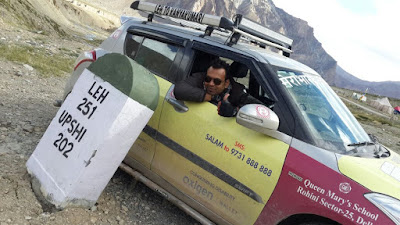 Eric Paul, a paraplegic
(Paralysed Chest Down) covered 4000 kms in a record time of 6 days and 15 hours. Delhi-based Paul, who works with the Taj group of hotels, has raised awareness about the Government’s Swachh Bharat Abhiyan  (Clean India Mission) during his mammoth road journey.
On being asked the reason behind why he chose to promote “Swachh Bharat Abhiyaan”,he promptly said,“while on my way to work one day, I got angry with my mother who was sweeping the area outside our house. Later,on my way to the office I reflected on the incident and realised instead of being supportive of her, I was angry with her. That’s when the thought of raising awareness about the need for cleanliness and bringing about a change in my Country struck me” 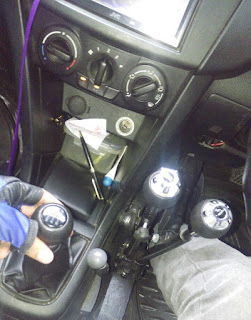 Driving was Eric Paul’s passion since his childhood but one major accident changed the course of his life leaving him confined to the bed for nearly two years. With the constant support of his family, Paul decided to face his fears and customized a Hatchback car for himself that would enable him to keep his passion alive as well as spread the message of cleanliness to the entire nation.


In his conversation, Paul stressed on the words “Change Starts with Us”. He went on to state that it is imperative for each citizen to work towards making India a better place. He said, “Our country is our home and family, it is important to keep our nation clean. Change starts with us”.

In his closing remarks, Eric Paul gave thanks to God for bringing him this far and asked the Nation to pray for him as he plans to undertake a new challenge of covering the nation from West to East in the month of November.


On 15th July,2016, Eric Paul's interview with Jainender (PEx, AIR) was broadcast, in the Program #OnAIRMehman
Click the link below for complete interview of Eric Paul
https://www.youtube.com/watch?v=DW7JmpW5F_Q
Posted by akashvanisamvaad at 09:14