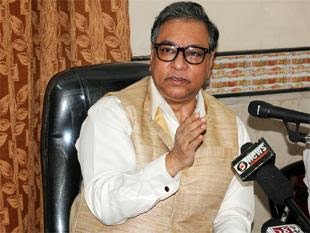 China has CCTV, the UK has BBC, Japan has NHK World and Qatar has Al Jazeera. India's Doordarshan, however, has never stepped abroad, despite being a tax-funded broadcaster. Earlier this month, the Rs 1,553-crore Prasar Bharati Corporation, which runs DD and All India Radio, signed a memorandum of understanding with Deutsche Welle (DW), Germany's public service broadcaster, for the distribution of the DD India channel on the Hotbird-13B satellite. The reciprocal distribution of DW-TV will be on Doordarshan's Free Dish. Vanita Kohli-Khandekar speaks toJawhar Sircar, chief executive of Prasar Bharati, on what the move means. Edited excerpts:What does the agreement with Deutsche Welle mean?For the first time in its 55 years, one of DD's channels, (DD India), will be available on a free-to-air basic package through a DTH Ku-band platform. The Hotbird 13B satellite covers the whole of Europe, Central Asia and the Arab world of West Asia and North Africa. This means direct access to a DD channel in about 120 million households abroad. In the past, DD did make efforts to distribute its international channel in various parts of the world, but made little progress. In 1995, we signed agreements to uplink DD, but had no downlink agreements with anybody and, therefore, weren't distributed. So, we continued to pay for the uplink agreement, but never got around to getting the trade permissions and licences that would have allowed us to downlink. Except for a few dedicated Indians who picked up set-top boxes in India, DD was not available to those outside of India. The Deutsche Welle deal comes with a built-in downlink. We should start airing by October this year.Is this foreign outreach in the same league as CCTV?No, it is not. We are spending Rs 90 lakh for getting onto the satellite, plus Rs 2-3 crore a year on programming. (CCTV reportedly spends Rs 1,800-odd crore every year on its foreign presence). As a first step, we are looking at a basic reach with OCI (overseas citizens of India), embassies, etc. Then, we want to get onto India-centric social media platforms. (CCTV is expanding furiously into Africa, Europe and other regions to ensure the Chinese take on various issues is heard).What about programming?The programmes will primarily target different cultures, keeping in mind the different languages of the regions such as Turki, Persian, Arabic, French and English. These will be decided in consultation with the ministries concerned, who have experience and expertise in assessing the cultural and political sensitivities of the areas; the programmes palatable to a region may offend sensibilities elsewhere. We have huge amounts of archival content that showcases India-there is instrumental music, there about 700 great films from PSBT (Prasar Bharati Broadcasting Trust) alone. You could curate much of this content around themes, say, the girl child or sports. So, we are looking at 16-18 hours a day; 12 hours of server input interjected by news, which should be three hours a day. We are also open to aggregating some of the better programming from private broadcasters. All of this is only indicative, not final.
Source and Credit
http://www.business-standard.com/article/companies/deutsche-welle-deal-gives-dd-access-to-120-million-homes-abroad-jawhar-sircar-114081200032_1.html
Posted by akashvanisamvaad at 10:04