12th of December, Monday, saw substantial rains in Tamil Nadu and Andhra Pradesh, when MeT reported the warning of Cyclone Vardah, making landfall around 15km far from Chennai between 3pm to 5pm.

Chennai, the capital city which saw immense floods last year, claimed as the worst downpour Chennai witnessed in years which brought along serious destruction was prepared for another natural calamity. 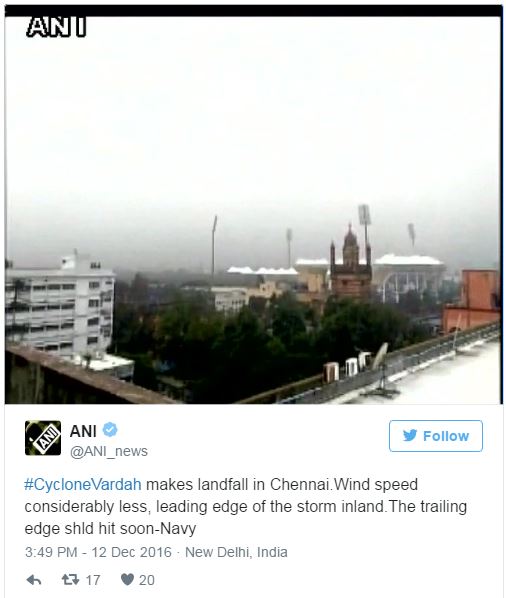 Seven teams of the National Disaster Response Force, along with six army columns and a number of state response personnel, were pressed into service to provide relief to affected people. The city geared up for the storm. 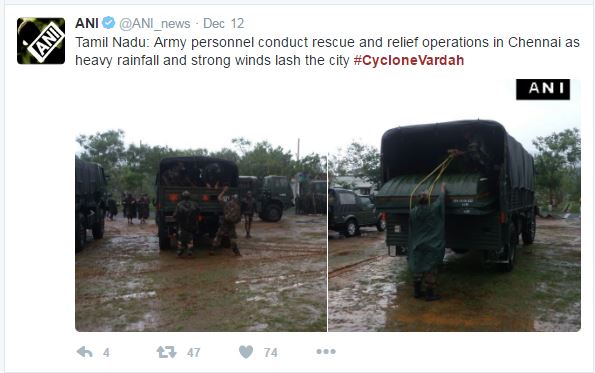 The Cyclone Vardah escalated into an extreme cyclonic storm over the Bay of Bengal on weekend and made landfall Monday afternoon close to the Coast of Tamil Nadu.
The cyclone hit the land with wind speed of 120 to 130 Kmph, which brought along heavy downpours lashing the coast of Tamil Nadu and Andhra Pradesh.

20,000 individuals were evacuated from the low lying areas and around 10 people died (As reported by NDTV) in the cyclonic storm which created a havoc in these states, bringing normal life to a halt. 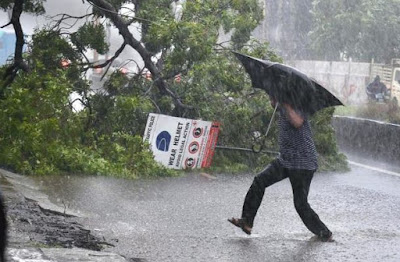 Chennai saw overwhelming downpours and winds of up to 120kph (75mph) causing schools and businesses to shut their doors. Transportation and commuting, in Chennai and encompassing districts was affected after train and air services were suspended in view of the extreme weather conditions. Flight operations at the Chennai airport came to a standstill, along with that suburban railway services and long distance trains were also halted by the authorities. 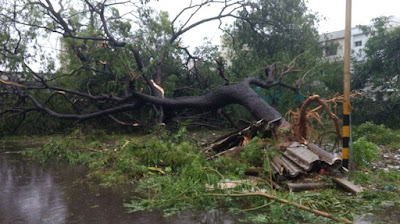 Rescue and relief operations are currently in process as the violent wind brought about broad demolition bringing on dangling of cables, uprooting of thousands of trees on almost every road.
As reported by The Times of India, ‘over 2,803 trees are estimated to have fallen, of which Greater Chennai Corporation cleared about 700.’ 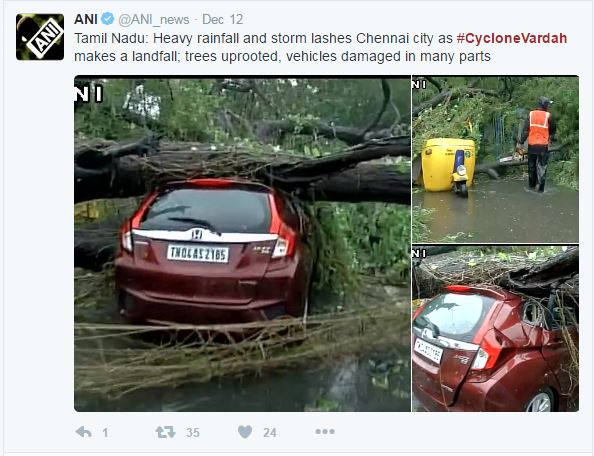 Trees fell and crashed on vehicles and blocked highways and roads. The authorities claim that Chennai is back on normal life as flight and train operations have resumed functioning.