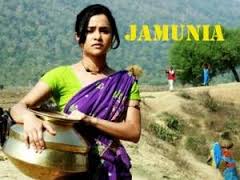 NEW DELHI: ‘Jamuniya’, a series aimed at women empowerment, is to be broadcast on All India Radio from tomorrow to show how even a single woman can work to achieve her goals if she sets her mind to it.

‘Jamuniya’ will be broadcast every Friday on AIR’s Indraprastha Channel at 9.30 pm and relayed by linked transmitters.
The series is the story of a poor woman who is not highly educated but is aware of the rights of a woman.
She raises her voice at every instance of exploitation of the poor and of women, and gradually brings about a transformation among the villagers – particularly women – who join her whenever she raises any issue.
The series is in 26 episodes and has been produced by the Bhopal Kendra of All India Radio.
Posted by akashvanisamvaad at 16:03