An Appeal from CEO, Prasar Bharati.

Contributions made by Noted Artistes - An Appeal from CEO 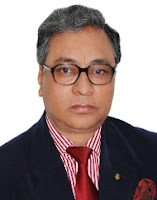 Almost every famous singer, dancer or writer has been associated with AIR, especially in the 1940s-50s and beyond, and many of them were engaged by DD as well.  DD has also contributed to the blossoming of many film directors, artistes and producers.

Prasar Bharati desires to document the contributions made by many noted artistes to the development and strengthening of India’s culture, through Akashvani and Doordarshan.
We can start building up a basic database, consisting of :

This may be done in a one page and a  detailed CV could be obtained from various sources, later on.

CEO appeals to every Station Director or Station I/c and to all Programme Officers of all ranks, to start building up the data base with a one page proforma first, and a detailed biographical note with the source attached, later.

First set of details containing (a,b,c as stated above along with a photo in jpg format, if available) may please be mailed topbparivar@gmail.com with the name, email and mobile number of the contributor.

PB Parivar Blog will post these one page proforma  towww.airddfamily.blogspot.in  (which could be added or refined later)