Sardar Vallabh Bhai Patel, known as the Bismarck of India, took over as Independent India’s first Deputy Prime Minister and the Home Minster at a time when the world situation was turbulent. A bitter cold war between US and Soviet Russia, ongoing Korean War, Israel emerging on the horizon and the intricate diplomatic issue in Formosa and mainland China were on one side and on the other was a mischievous Pakistan showing hateful hostilities against India and a sensitive power struggle in Nepal affecting India’s security.  Tibet was in trouble as Chinese advances made its intentions clear putting Indian position on a test. 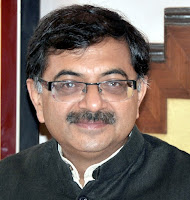 (The write up is by Shri Tarun Vijay, Member of Parliament)