Radio is YOU: Community Diversity Volunteerism

February 14, 2017, New Delhi.
The theme of this year’s World Radio Day “Radio is you” speaks for itself. Radio is not just a medium of communication but is uniquely positioned to bring communities together and promote positive dialogue for change. Thus, adhering to this year’s theme UNESCO organised an interesting session on World Radio Day held in New Delhi India.
The session aimed at discussing the three major aspects of this years’ theme, Community, Diversity and Volunteerism. 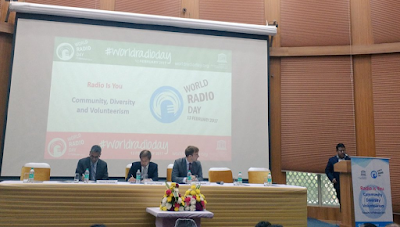 The session started off with the inaugural session where in Mr Al-Amin Yusuph, Advisor, (Communication and Information) for South Asia, UNESCO conveyed WORLD RADIO DAY MESSAGE by Ms Irina Bokova.

Mr Shigeru Aoyagi, Director and UNESCO Representative to Bhutan, India, Maldives and Sri Lanka gave opening remarks on this saying “World Radio Day stands for celebrating Radio and to realise the immense role played by radio in communication on a global level”.
The remarks by Derk Segaar highlighted the reach of Radio and the advantage of radio catering to all the age groups. 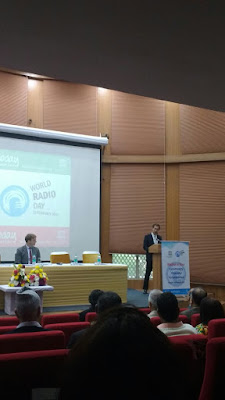 Professor Vinod Pavarala, UNESCO Chair on Community Media gave a brief idea about Radio that how does it acts as major agent of communication in vulnerable communities and said “All India Radio has a national footprint in the country”.
He also talked about how community radio is the most important means of information dissemination and other factors as well. 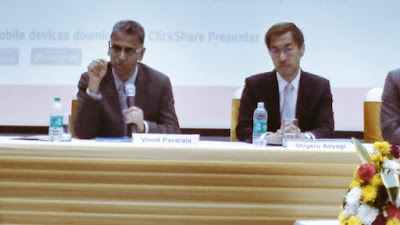 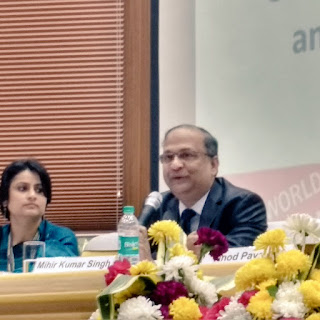 In the panel discussion on Community Diversity and Volunteerism, a healthy debate took place, where in the speakers highlighted their understanding about communities and the challenges they face in the production of the programs in order to promote community participation for the same. 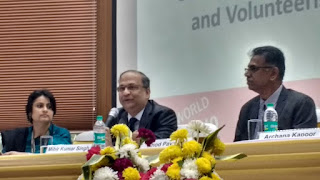 Screenings of films made under the initiative “Our Practice” was conducted thereby depicting the success stories about those people who found a platform to nurture their talents, skills and put forth their grievances in the form of community radio. Radio has changed lives and is continuing to do so even now.

Towards the end, the session was opened for questions, which raised an important dialogue between the functioning of public broadcasting and community radio in the country. An interesting insight was put forward as to how they both could work in tandem in the future and be fruitful for the masses.

Community Radios are catalyst of change and development which majorly focus on community development, empowerment, gender equity and sensitization.