India closed in on a berth in the ICC Women's World Cup 2017 after a 49-run win over South Africa while Sri Lanka and Bangladesh also registered notable wins in the first round of Super Six matches in the qualifiers on Wednesday.
Indian captain Mithali Raj starred in what was seen as a high-profile match since India and South Africa had topped their respective groups and carried a maximum of four points from the preliminary league to the second stage in which they play teams from the other preliminary group. 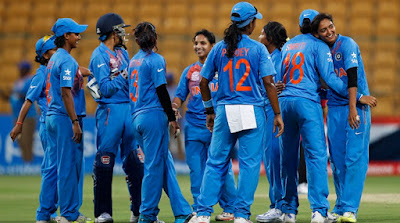 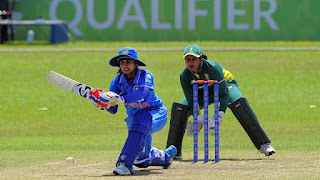 Asked to bat first, India started off at a slow pace, scoring only 14 off the first 10 overs but the complexion of the game changed once Raj came to the crease. She and opener Mona Meshram lifted the team with a fine 96-run second-wicket stand to help put up a competitive 205 for eight.
Raj scored 64 off 85 balls with 10 fours and Meshram got 55 off 85 balls with five fours and two sixes.

South Africa's reply suffered some early setbacks and they were reduced to 41 for three in the 19th over as openers Lizelle Lee (one) and Laura Wolvaardt (zero) as well as former captain Mignon du Preez (15) could not do much. Pace bowler Shikha Pandey and left-arm spinner Ekta Bisht, who shared the new ball, finished with four and three wickets, respectively, as South Africa folded for 156 in 46.4 overs.
Mithali said: "The win today definitely eases the pressure on us, especially for the last match of the Super League against Pakistan. It also gives us time to assess what all we are not doing right so that we can improve on those aspects in the coming matches."