Raja Harishchandra to Dangal : the changing face of Indian Cinema


There is no denying the fact that the two things that surpass regional and continental barriers for Indians across the world are; Indian Food and Indian Cinema or as commonly called “Bollywood”. While Indian food reminds you of “maa ke haath ka khaana”, Indian cinema acts as a temporary relief from stresses of life and tries to bring in a little bit of entertainment in our otherwise mundane(or so we think) lives.
In over 100 years since its inception the Indian Film Industry has grown exponentially, not only in economic and monetary terms but also the varied subjects and “out of the box” ideas that are now showcased on the big screen.
The first feature film made in India by the “Father on Indian Cinema” Dadasaheb Phalke was titled “Raja Harishchandra” which released on May 3, 1913. Albeit being a silent film, it made a loud noise! It paved the way for a Multi-billion-dollar industry, one that would go on to break taboos, represent Indian society and place India on a global platform. 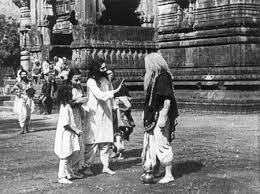 Early Days
In the beginning, Indian cinema focussed on Mythological stories and the great Epics. This period also saw movies dealing with India’s struggle for Freedom and aimed at instilling in the audience a sense of patriotism. In the period after India’s independence, Indian cinema acted as vehicle for addressing social ills prevalent in Indian society.

Golden Era
The “Golden Era of Indian Cinema” as the years from the early 1940’s to late 1960’s is called, saw movies which represented common man and the struggles he faced. This phase focussed more on high morals and the importance of being a morally correct person. The burning issue of poverty was also addressed in the movies of this age. The Protagonist always essayed roles that would resonate with the audience’s life in some way.  The films in this period also focussed on relationships, customs, norms and ethics on Indian society.
‘Kaagaz ke Phool’, ‘Mother India’, ‘Pakeezah’, ‘Padosan’ are a few of the movies that were a resounding success in this “Golden Era”

Action Era
The late 1960’s to the early 1980’s is also known as the Action Era. This phase witnessed a distinctive shift in the movie storyline. Movies at this time were more action based and had a tinge of romance. Violence was an integral [art of the movie with a major emphasis on “Villains”. The notion of ‘Angry Young Man’ was introduced during this period. A lot of films during this time revolved around the basic story line of a hero who was very good at delivering his punches and kicks, would destroy the villain and win the lady’s heart in the end. 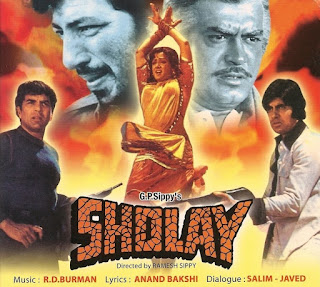 Movies like ‘Aradhana’, ‘Anand’, ‘Bobby’ and ‘Sholay’ were released during this period. 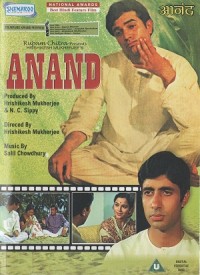 Globalization and the present times
The phase from the late 1980’s till now has witnessed the most diverse shift in movie-making.  The direction, representation of women, the varied issues addressed in movies has witnessed a tectonic shift.
Movies like ‘Rang De Basanti’, ‘3 idiots’, ‘Taare Zameen Par’, ‘Nil Battey Sannata’, ‘Pink’ and ‘Dangal’ have shifted the focus from the run off the mill romance, with people running around trees to one that has forced the audience to think and implement changes in their own lifestyle.
Movies of these times also put India on the global platform, with actors, directors, musicians all competing for international awards, like the Oscars, BAFTA’s and the GRAMMY’s. 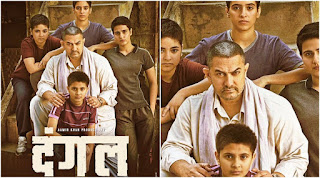 As the great filmmaker Satyajit Ray said, “Cinema’s characteristic forte is its ability to capture and communicate the intimacies of the human mind.” This changing characteristic of Indian cinema is one that is being widely accepted and welcomed. The changing patterns in movies are also a result of the changing mind set of the audience.

As Bollywood continues to unite people across continents let us hope this trend of movies that compel us to think, act and implement continue.
Posted by akashvanisamvaad at 18:22