Radio is the real winner in 2014 Lok Sabha polls 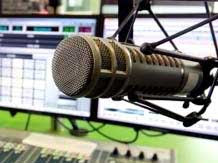 Whenever there is a power cut in his area, Suresh Munda, 26, and his friends assemble under the village's banyan tree to kill time. One of their favourite pastimes is to tune into FM radio channels on their basic mobile phones and listen intently to the latest Bollywood numbers.
They are content till the time humming is not interrupted by social activists urging people to exercise their franchise in the Lok Sabha elections. Immediately afterwards follows a jingle. “Har haath shakti, har haath tarakki, Congress party kisano ke saath (Power in every hand, development in every hand, Congress is for farmers),” is very regular on one of the channels, recalls Munda.
He is a farmer and lives close to the Jindal steel factory in Patratu block of Ramgarh district, 50 km from Jharkhand’s capital Ranchi.
Munda is one of estimated 106 million people who tune into FM radio regularly. Though FM airs in 86 Indian cities, villagers of adjoining areas have the option to hear any of the 242 stations operating in the country.
Sensing an opportunity to reach out to people in far-flung areas in a very cost-effective manner, political parties have adopted the grand old medium of communication for extensive campaigning.
The cost of putting an advertisement on radio is estimated to be nearly a seventh of what it takes for a television spot. No wonder, ad spend by political parties on FM radio has seen a quantum jump from a meagre Rs 8 crore during the 2009 Lok Sabha elections to nearly Rs 50 crore this time — an increase of 525%.
What has made radio an effective medium for political communication is the ease with which messages can be tailor-made for the audience.
“Since radio ads are easy and less expensive to produce, there is the possibility of making many more creatives and thus changing the message as the campaign progresses. It is also possible for one political party to respond to the ad of another political party. This is not possible with TV. Finally, radio advertising is far cheaper than TV advertising; hence everyone can use radio,” says Prashant Pandey, CEO of Entertainment Network India Ltd (ENIL). The company operates under the brand name of Radio Mirchi and is spread across 14 states with 32 stations. It claims to have a listeners’ base of 41 million.
A 10-second spot on radio costs Rs 400-2,000, depending on the time and location. Advertising rates are the highest in Delhi, Mumbai and Bengaluru.
“Radio commercials are very affordable as compared to television. In Tier-II & III markets, it is, in fact, the most effective way for reaching out to the masses because of its affordability and the limited reach of television and broadband penetration. Mobile penetration has increased manifold and now almost every Indian owns a mobile phone which has further led to high consumption of radio,” says Harrish Bhatia, CEO of My Fm Radio. Promoted by the Bhaskar Group, My Fm Radio is present in 17 cities of seven states.
Being cost effective is not the only USP of radio. “Time spent on radio is 50% higher than TV and 500% higher than print,” claims Bhatia. “The 2014 elections have seen near three times higher (radio) usage than the 2009 elections,” adds Pandey.
According to a PriceWaterhouseCoopers (PwC)  report, India Entertainment and Media Outlook 2013, India’s radio market revenues increased by about 10% to Rs 1,530 crore in 2012 from Rs 1,390 crore in 2011.
However, despite a significant cost advantage, radio’s share in overall political advertising revenue is minuscule. In fact, it has been taken over by the digital platform, which is seen to be more youth-oriented.
In terms of money spent, television has walked away with the biggest chunk of political advertising followed by the digital media. Radio is at a distant third.
Pandey, too, admits that political advertising is “a relatively small part of our overall radio revenues.” Perhaps, radio would have got a bigger share if auctions for FM radio stations had taken place in time. Auctions slated for 2013 would have enabled more stations to come up in small towns.
Analysts also say that the use of FM radio was much more extensive during the recently concluded Assembly elections in Delhi, Rajasthan, Madhya Pradesh and Chhattisgarh. FM radio is estimated to have got additional revenue by way of political advertising of nearly Rs 25 crore in the November 2013 Assembly elections, of which Delhi alone contributed nearly Rs 9 crore.
This is perhaps because of heavy presence of FM radio in metro cities. Delhi alone has 14 million radio listeners followed by Mumbai with 12 million. Beyond metros, FM radio listeners are sparsely populated. Hence the reluctance on the part of political parties to bet big on this medium. More FM stations in small towns could change that.
“Phase III of FM radio licensing is expected to extend services to about 227 new cities, in addition to the present 86 cities (with a total of 839 new FM radio channels across 294 cities). Successful completion of Phase III licensing is expected to result in FM radio coverage of all cities with a population of one lakh and above,” the PwC report added.
http://www.business-standard.com/article/elections-2014/radio-is-the-real-winner-in-2014-lok-sabha-polls-114041900273_1.html
Posted by akashvanisamvaad at 12:48