“I am happy that I did my job and finished fourth”: Dipa Karmakar (In a video posted by Dipa on her official Twitter account)

She won the hearts & is Nation’s hero! 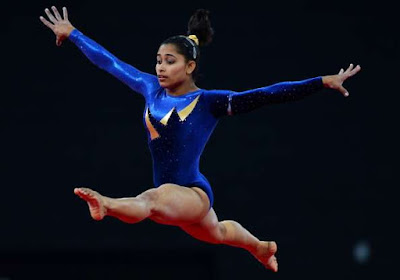 Dipa Karmakar missed an Olympic medal by a whisker but won Nation’s heart. She has become a pride and honour for the country with her grand performance at the 31st Summer Olympics, Rio. The brave and confident girl from the small state of Tripura, missed out on an Olympic medal by 0.150 points regardless of effectively executing the hazardous Produnova vault (15.266) in her second endeavour to secure 15.066 points by and large.
Nation united, cheered for the girl, internet is pouring praises and blessings for 23 year old Dipa Karmakar. 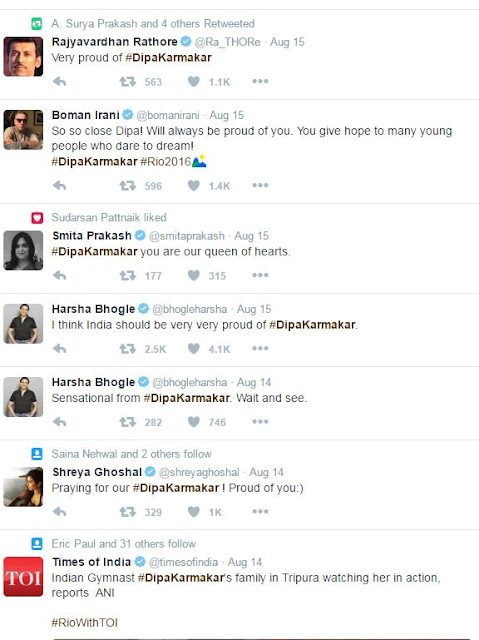 Her fourth place standing in the individual vaults final at the Summer Olympics, Rio is by far India’s best performance at the Olympics.
Dipa, the ‘Produnova Queen’  who came into limelight with her death vault, has created history by becoming the first Indian gymnast to enter the final on her debut at the quadrennial multi-discipline games after finishing eighth in the qualifying round.
All India Radio wishes this bright promising star of India all the very best in her life for her future endeavours.

Lalita Babar  made it to finals after 32years!

Lalita Babar: First Indian woman to qualify for an individual Olympic final since P.T. Usha in the 400 m hurdles in the 1984 Games. 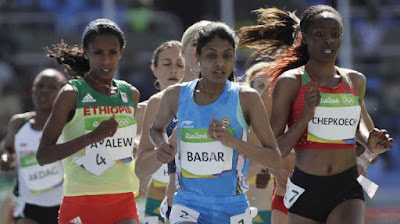 The athlete hailing from Maharashtra overall ranked 7th.
All India Radio wishes this Record Breaking athlete all the best for her future endeavors.